World-record holder of the Largest Wave Mural, the artist HiLTON is recognized as the creator of a new genre called “Surf Street Art”. HiLTON’s unique style resulted in him collaborating with the world’s top street artists at Art Basel Miami at the famous Wynwood Art District in 2016 and 2018. HiLTON’s Surf Street Art murals can be seen in Brazil, Singapore, Israel, Los Angeles, Miami, Orlando, Houston and throughout Hawaii.

HiLTON’s paintings display a perspective of waves and sea life that differ from other artists painting on canvas. His ability to blend colors and create the illusion of light and water capture your eye and captivate your imagination; it’s like you’re actually watching the waves from the beach or on your surfboard.

Artist and waterman HiLTON has long been a lover of the sea and water sports. Born and raised in Guaruja, Sao Paulo, Brazil, HiLTON began painting professionally in June 2000. His passion leads him to express the magnificent beauty of the ocean in paintings and large murals. HiLTON’s art became larger than life in 2004 when he began painting Surf Street Art murals. His murals convey his love for the ocean and bring viewers up close with the earth’s perfect waves and precious marine life.

In 2013 HiLTON created the 101 Perfect Waves – International Mural Project by painting the largest wave mural in the world, in Honolulu. With this project HiLTON brings perfect waves and his love of the sea to cities around the world. He often plans local activities within the community to inspire children to have a greater relationship with the ocean and art, as well as to take an active part in environmental preservation. He loves to see the children smile, as they help him complete a giant mural.

In 2016, after painting murals in a street art festival in Houston and Art Basel Miami’s Wynwood Walls, HiLTON created a collection of original paintings called Surf Street Art, inspired by the graffiti culture. The collection is based on the similarities that connect surfing and street art, such as camaraderie, creativity, respect, freedom, friendship and others.

Working in his art studio in the beautiful Kahuku town, on Oahu’s North Shore, HiLTON is driven to create beautiful new art for collectors. When he isn’t painting, you will likely find him surfing or playing sports with his young son. “As a waterman, I enjoy all types of wave riding, whether on a surfboard, SUP, body board, canoe, etc. This time spent enjoying the waves and water are my inspiration for guiding paint onto a canvas or mural wall.” 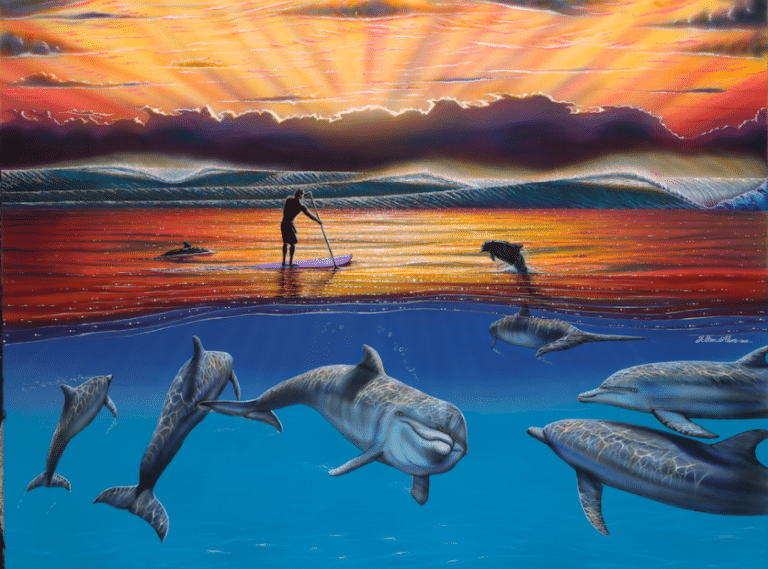 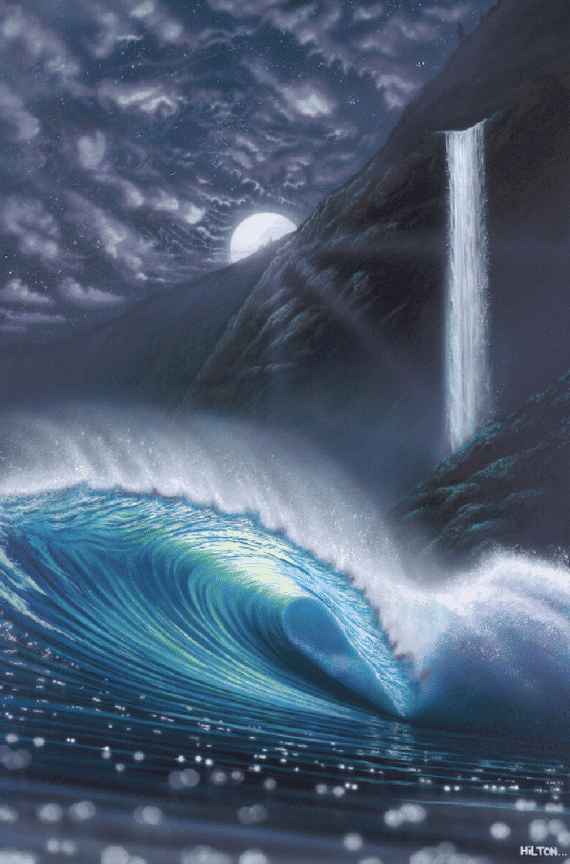 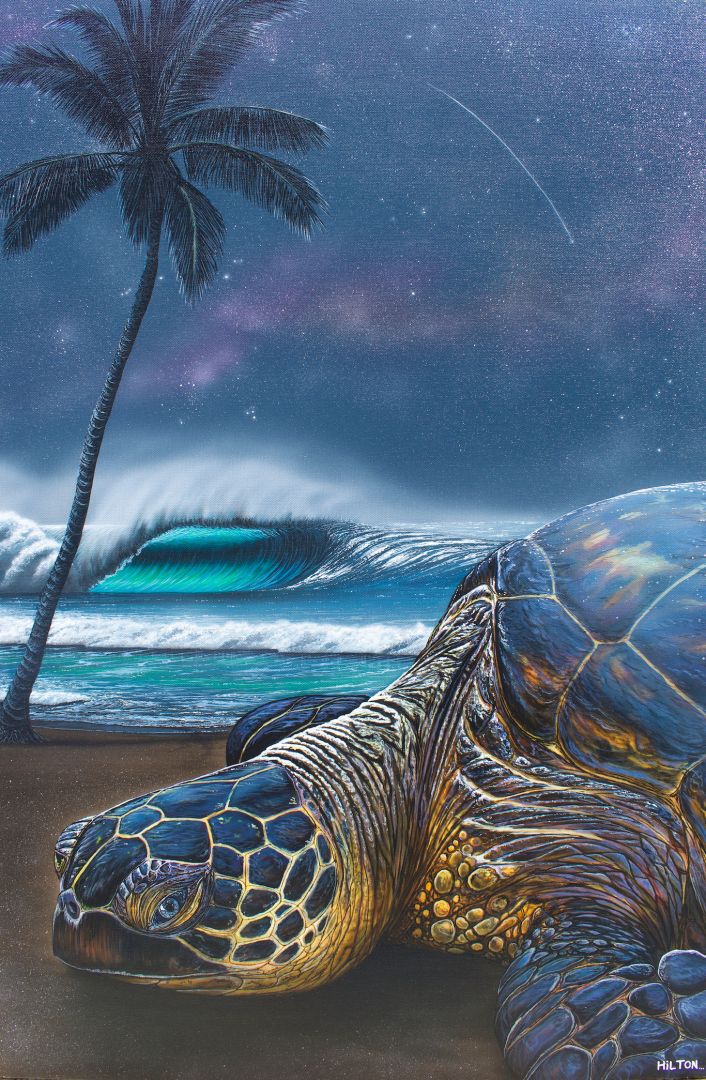 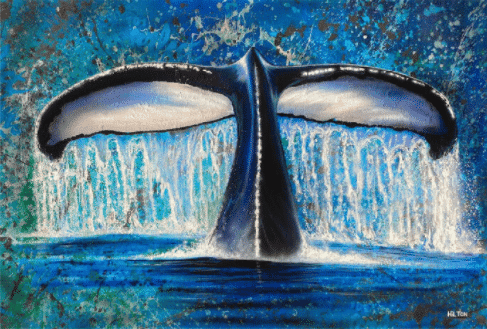