Crutchfield worked at both Gemini and Tamarind print workshops beginning in the 1960s and produced ‘Air Land Sea’, a suite of 13 lithographs. It was complete during his second visit as a guest artist at Tamarind. In the portfolio, Crutchfield employed his characteristic style by using tusche applied with a pen to create the inventive subject matter. Crutchfield then had the printer apply various colors of ink to one roller to create the blended effect of the palette. He later applied his printmaking skills using screenprinting. 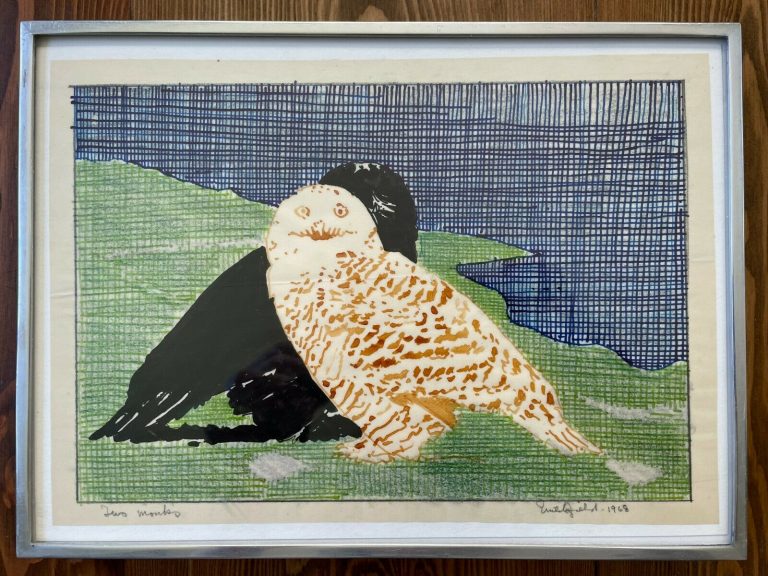 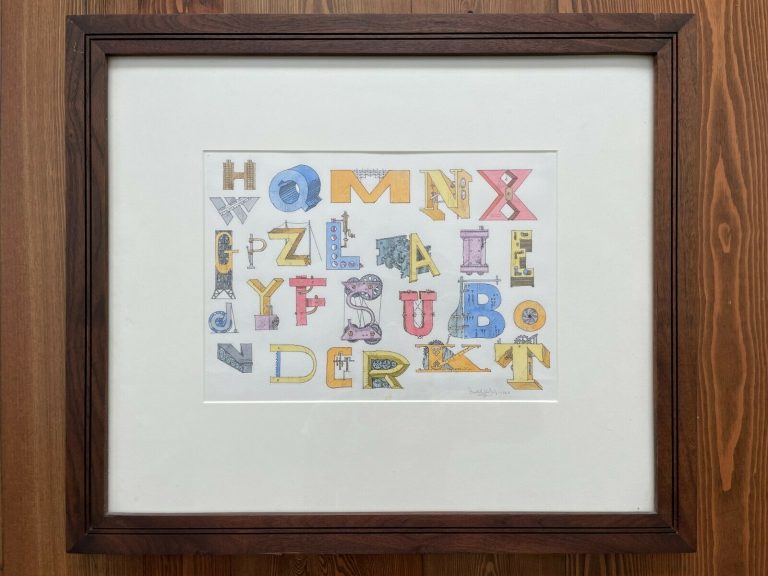 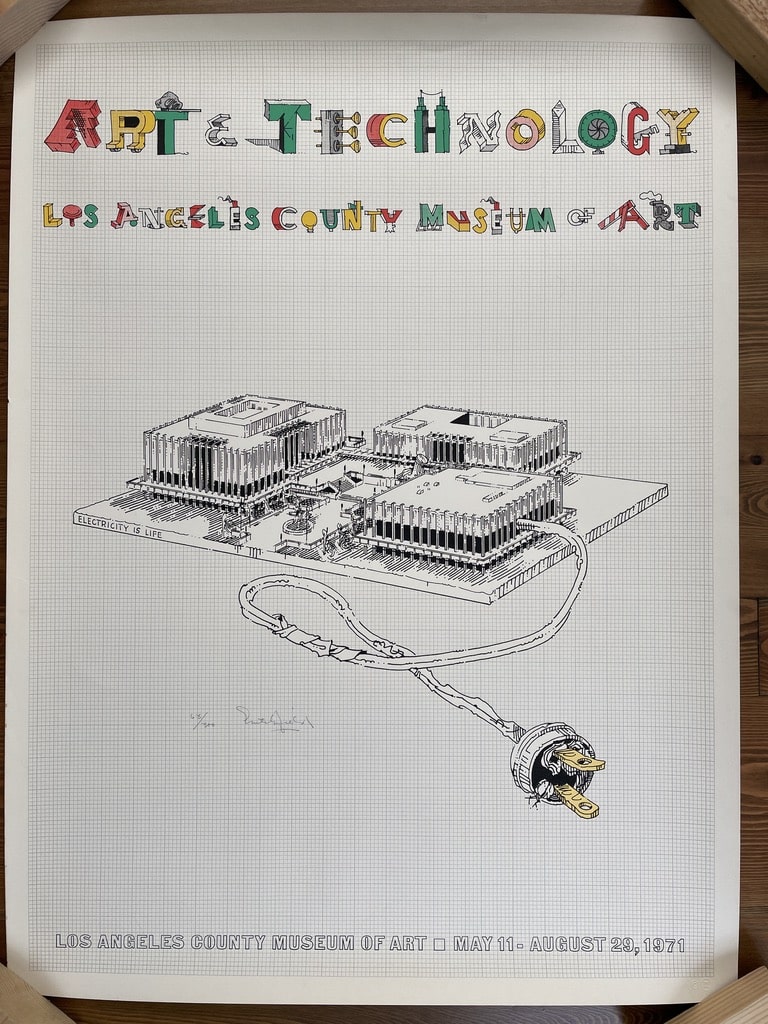 This humorous rendering of the Los Angeles County Art Museum by pop artist William Crutchfield features a giant electrical cord out of the building. This five-color offset silkscreen was published by Gemini in 1971 for the Los Angeles County Museum of Art. This impression is 63 of 300 in the edition. William Crutchfield signed and numbered the image in the lower third of the image.

This listing may appear in an auction on our eBay store.

View other available pop art here from the same collector.