"Steve Lillegard invites you to observe and enjoy the attention to detail, rich history and experimentation with the bronze medium which are apparent in his body of work."

Lillegard’s interest and passion for art has been life long. Throughout school and while majoring in art at Montana State University, he experimented with as many kinds of art and mediums as possible. Intrigued by the challenge of working in a three-dimensional art form, Lillegard returned to his hometown of Stanford, Montana in 1981 and embarked upon a career in sculpture.

His first commercial success with bronze sculpture was with a piece depicting a white wolf famous in the area to commemorate the 75th anniversary of Stanford. The edition sold out within weeks. Shortly thereafter, Lillegard won a competition to create a life-size sculpture of a Revolutionary War soldier for a new school in North Pole, Alaska. Following these early successes, he proceeded to interpret the history and wildlife of rural Montana in sculpture. Lillegard has since participated in numerous juried art shows throughout the West and has been asked to do commission work for many individuals and corporations.

As a sculptor, Lillegard strives to create a mood or tell a story in an interesting way. Bronze allows him to do things that cannot be done in other mediums. Because he casts his own work, he has been able to experiment with the strength of bronze to better depict the story he is trying to tell. Lillegard invites you to observe and enjoy the attention to detail, rich history and experimentation with the bronze medium which are apparent in his body of work. 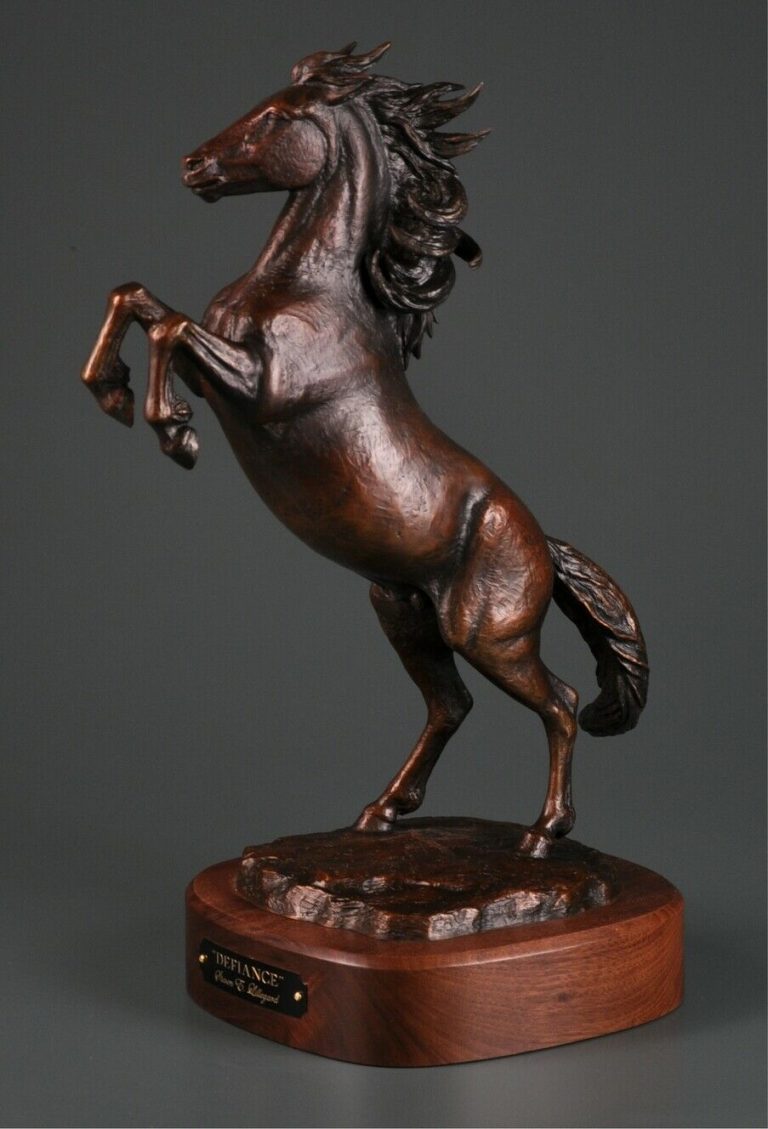