The appreciation of creation’s beauty has been the inspiration for artist Reg Parsons. Growing up in western Canada, his school notebook margins were filled with sketches of wildlife and horses. The desire to recreate wildlife took him into the art of taxidermy, laying the foundation for his work in bronze. For many years he sculpted mannequins and reproduced them for the purpose of taxidermy. The spring of 1997 brought with it a new challenge to sculpt wildlife, to be cast in bronze. His understanding of nature, and the anatomy of wildlife, is evident in the life that he captures in each bronze sculpture.

Sculpted subjects such as the Golden Eagle, North American wildlife, the Western Rodeo Series, the Lab Puppy Series, the impressionist Series of Creation, and his whimsical bronze pieces that bring a smile, demonstrate the versatility of this award-winning Canadian wildlife bronze artist. His artwork is original, and appealing to a wide range of art lovers. It can be found in cooperative and private collections around the world and is displayed in fine art galleries throughout western Canada and the United States.

Reg Parsons resides in Cranbrook, BC, and was commissioned by the City in 2007 to sculpt a monument of a sow grizzly and her two cubs, “On Donely Slide”, for the Cranbrook Airport. His bronze sculptures and their often clever titles are in keeping with his personal nature: a love of wildlife all his life, precise adherence to minute detail, joy in the beauty and power of creation, and the humble appreciation of his talent and good fortune to be doing something he loves.

A gifted sculptor and painter, he’s also somewhat of a poet, and quite often writes poetry to tell the story of the bronze sculpture as he sees it. With unlimited talent as a self-taught artist, he looks forward to his next work being his best. Be it a notebook, a canvas, or a lump of clay, he requires excellence in everything he puts his hand to and gives credit to God as the source of his gift. 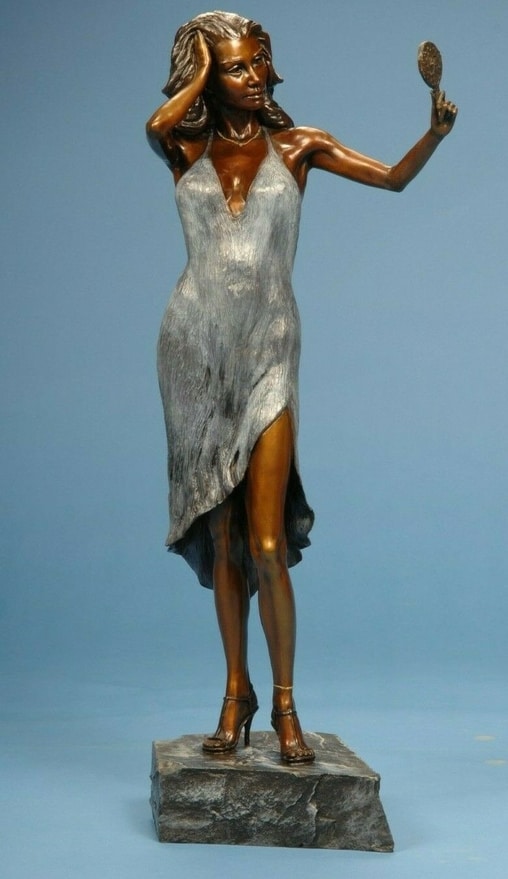