"The coyote series was born in 1986 after hearing the Joni Mitchell song Coyote."

Inspired by a Joni Mitchell song called “Coyote”, Markus Pierson explores the motif of the coyote in paintings, drawings, mixed-media sculpture, hand-pulled serigraphs, and found object assemblage. “I want the coyotes to whisper in their ears wild, irresponsible notions about self-determination and destiny,” he says. “I want them to grab people by the scruffs of their necks, to inspire them, to change their lives.” 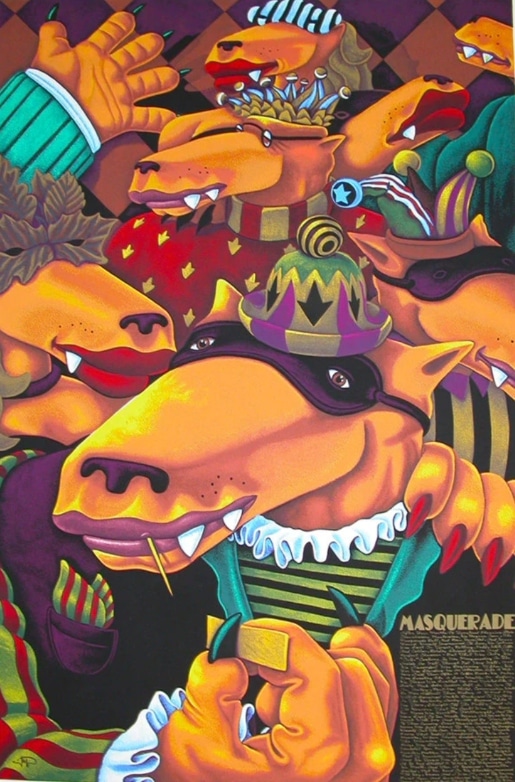 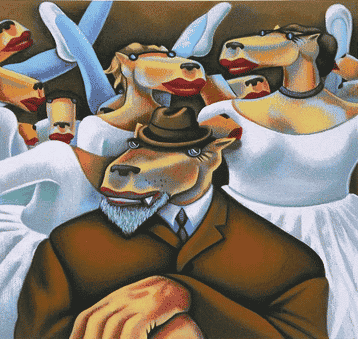 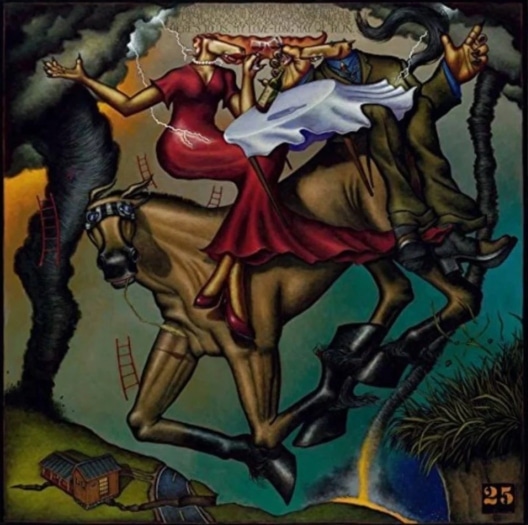 Markus Pierson Another Day in the Life 40×40 Serigraph Print

Title:  Another Day In The Life